…By Sunday afternoon, we found that we couldn’t go anywhere because not only were all Northern regions cancelling all public activity, Southern regions in Italy were already barring entry to anyone from the Lombardia region. We felt like the ’unclean’ from the times of the Plague.… 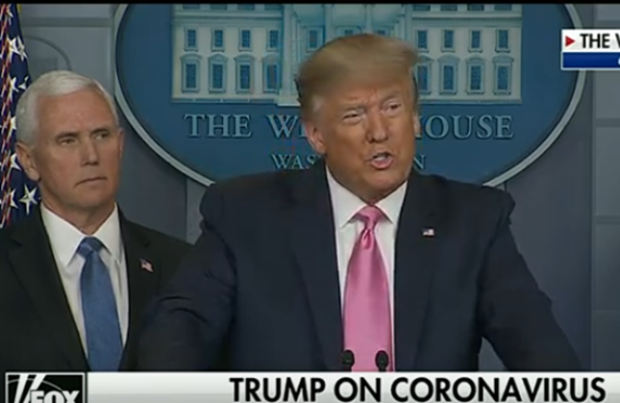 …Clearly, this press conference was a masterful response by Trump to gain control of the flow of facts and provide full information to the American public without the distortions of media infected with Trump Derangement Syndrome.

…Vice President Michael Pence is the perfect choice to head up the Task Force. … Pence will not engage in fear-mongering, and his demeanor will make it difficult for the press to go into panic-mode. But if Pence tells you its bad, chances are that the assessment won’t be based on fake videos or edited graphics.

…Perhaps the best moment in the press conference came when Trump, a known germaphobe, discussed being hugged by a sick man.