Design a site like this with WordPress.com
Get started
Skip to content
mindful webworker Current Events June 9, 2020June 9, 2020 2 Minutes

I live in Greenwich Village between Union Square and Washington Square, in the more or less geographic center of the ‘trouble’ in NYC. Three weeks ago it was the safest, most livable neighborhood in NY. Apart from Alec Baldwin who lives around the corner, it was a perfectly civil and charming area full of first name greetings on the street, polite neighbors, and well behaved dogs.

Since the surrender, we’ve had three shootings (one by police), and countless assaults within 3 blocks of my door. The doorman across the street was rewarded with a brick to the head and several stitches when he refused to let the faithful up on his roof to rain bricks down on the policemen on Broadway. One cop was run over by a car on 8th street when he attempted to stop them looting the pharmacy at CVS. The mayor’s daughter was arrested 3 blocks from here. Last night was the first one in a week when helicopters weren’t overhead 24/7 and there was enough of a gap in the sirens to get a decent night’s sleep. There is more broken glass than anyone could hope to tally, and about a half dozen torched and graffitti’d police cars abandoned on University place. The building management now lock us in at 8PM every night, for our own protection. We expect the mayhem to resume on Monday when the curfew ends.

I am one of the exceptionally rare Manhattan residents with a handgun permit. Unless they set fire to our residential building (a non zero probability) our lives and health are at zero risk. I am not now, nor will I ever be a ‘victim’. On the contrary. Neither I nor my girlfriend will ever kneel. And NY’s ‘gun free zone’ ends at my threshold.

This has been said before in your comment section but I thought you all might appreciate hearing it from someone being held hostage at NYC’s ground zero.

These people who surround us at night are not brave and not bright, but there are a lot of them and their numbers reinforce their faith. Their religious devotion to their provably false ideas is complete and total. They will broach no dissent. Their beliefs are far too tied up in their self image. That cognitive dissonance is the only reason they’re able to face the world so they will not surrender it, ever.

If you think the fact that you are far from here will save you, it won’t. They will eventually come for you. So if you’re going to sacrifice us to the mob, fine. Since I came to NYC I’ve always known that no one would ever be on my side and if I was going to survive here, I’d have to do it on my own. There will be no cavalry coming for me, I accept that. I made that choice going in and I’ll live with the consequences.

But at a minimum, take a lesson from what happens to us. What happens in Greenwich Village today is happening in Odessa TX and Whitefish Montana tomorrow. Because these people would rather die than face reality. And if you are unwilling to pretend to accept their faith, they’re going to come for you because they feel like they have to.

Think about this. Would you prefer to wear a ‘Make America Great Again’ hat through 2020 Manhattan, or a Yarmulke through 1938 Berlin? From where I sit, I’d call it precisely the same sort of experience. 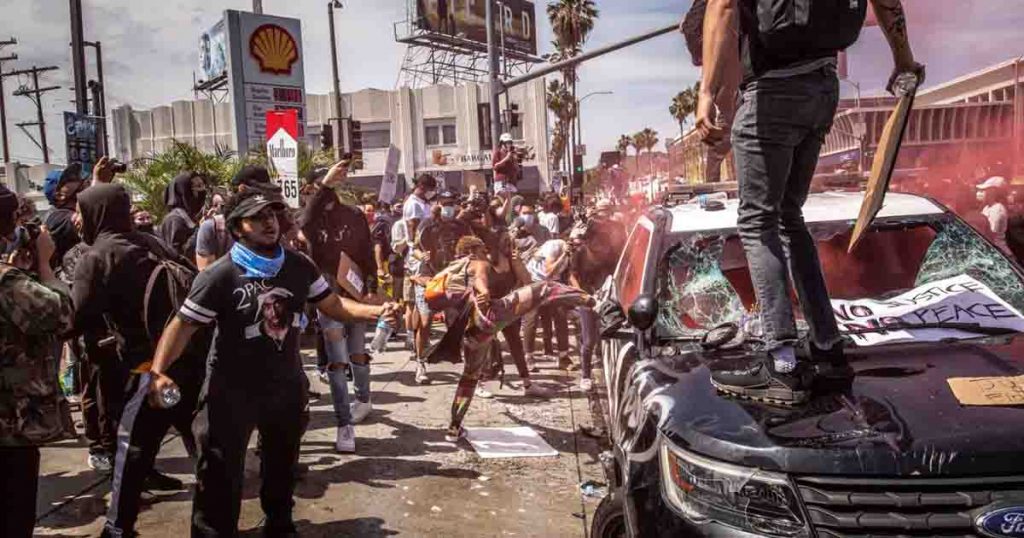