h/t Alcoholic Asshole Shut In on A♠

General Nasser Shaabani, a senior IRGC commander died od #covid19Iran. He always advocated killing all opposition members to have a "clean country". He stopped Amol uprising in the early 80s and Chehcheragh operation by MEK later on.
https://t.co/3706kBoaSQ

Too good not to pass along:

A priest, a minister, and a rabbit walk into a bar. 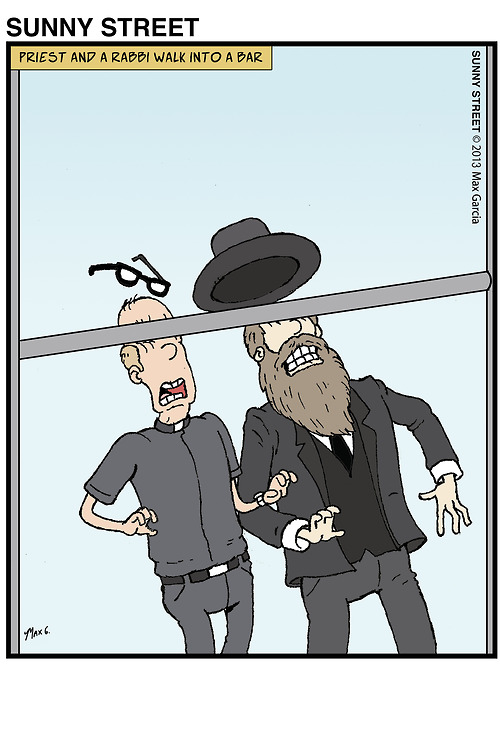 In [Pete Buttigieg’s] dad’s many enthusiastic writings on Gramsci and Marxism, he repeatedly and specifically mentions his son Pete as a tremendous help in his writings. To the point that ‘he couldn’t have done it without him’.
Posted by: GnuBreed on A♠

Pete Buttigieg is going nowhere. But were Antonio Gramsci to survey today’s America, Buttigieg’s campaign would give him reason to be hopeful. …

Thanks to our dumbed-down, politically correct educational system, more and more Americans are susceptible to identifying religion, economics, and morality in the way our corrupt ruling class embodies them. Because our ruling class—religious leaders, politicians, professors, corporate officials, Hollywood, the media—are redefining the icons of American life in their own corrupt images, people increasingly are willing to turn their backs on them. …

@KyleWOrton
h/t Tami on A♠

#Iran: from Qom, Ayatollah Tabrizian, who has denounced Western medicine as “un-Islamic”, told his 120,000 followers on Telegram that to stave off #coronavirus, “Before bedtime, drench some cotton in violet oil and apply onto your anus”.

The Vatican has not specified the nature of the pope’s illness, but he was seen coughing and blowing his nose during Ash Wednesday Mass.

Iran took & concluded proportionate measures in self-defense under Article 51 of UN Charter targeting base from which cowardly armed attack against our citizens & senior officials were launched.

We do not seek escalation or war, but will defend ourselves against any aggression.

h/t Brian in New Orleans on A♥

CNN’s chyron game is out of this world pic.twitter.com/CrQAVbbN8N

Not World War III Just Yet

Fact check: The @USArmy is NOT contacting anyone regarding the draft.

Text messages currently circulating are false and are not official Army communications.

c/o Twitchy, h/t redridinghood on A♠

From Free Range International
h/t Richard McEnroe on A♠

Intentionally or not, in the current contest of wills with Iran, the United States is now in a dominant geo -political and military position. Intentionally or not, the United States now has the most accurate, comprehensive, intelligence on Iran’s order of battle that any adversary has ever harvested from its opponent in history. We may not have arrived at this point due to a clever plan but we are here just the same, so let me describe where “here” is.

Iran was caught seeding mines into the strait of Hormuz in, what many believe, was an attempt to stage a heroic rescue of international sailors who were victims of the instability caused by the reckless actions of the President of the United States. That plan did not survive contact when the freighters did not sink and the USS Bainbridge arrived on scene to stop the Iranians from pushing one the disabled freighters into Iranian waters.

Days later the Iranians shot down a U.S. Global Hawk drone. This was no ordinary Global Hawk, it was a RQ-4N BAMS-D (Broad Area Maritime Surveillance-Demonstrator) flown into the area of operations just days prior. It had been the  proof of concept demonstrator for the new navy RQ-4C Triton maritime surveillance drone, but that program was finished and the demonstrators headed to the bone yard. At the last minute that changed and one was sent to the UAE. Why? It did not bring any new capabilities, it wasn’t needed, there are no units set up to crew the beast, what good could it have done?

I’m not sure, but here is a theory. That platform was sent to be sacrificed in an effort to fine tune our intelligence of Iranian anti air order of battle. The drone was headed for demobilization anyway; what is the downside to using it for a baited ambush?…

Alas, I lost the source to h/t for this – some commenter on A♠ I think.