Design a site like this with WordPress.com
Get started
Skip to content
mindful webworker Current Events November 27, 2019 1 Minute 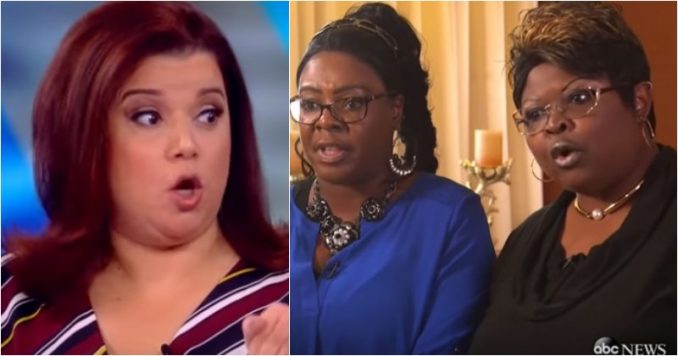 Ana Navarro, who is a CNN contributor and also helps co-hosts The View, is so upset President Donald Trump isn’t losing the impeachment battle that she lashed out at all of the black Trump supporters. Navarro is an obnoxious unhinged Never Trumper who was also caught targeting Diamond and Silk in a sick racist attack, and that’s when she got utterly destroyed.

I’ve always held that D&S are the stern aunts who can be lots of fun but you sure don’t want to cross them. Ana is teasing the bears. Not a good idea.

Why do you hate black people?